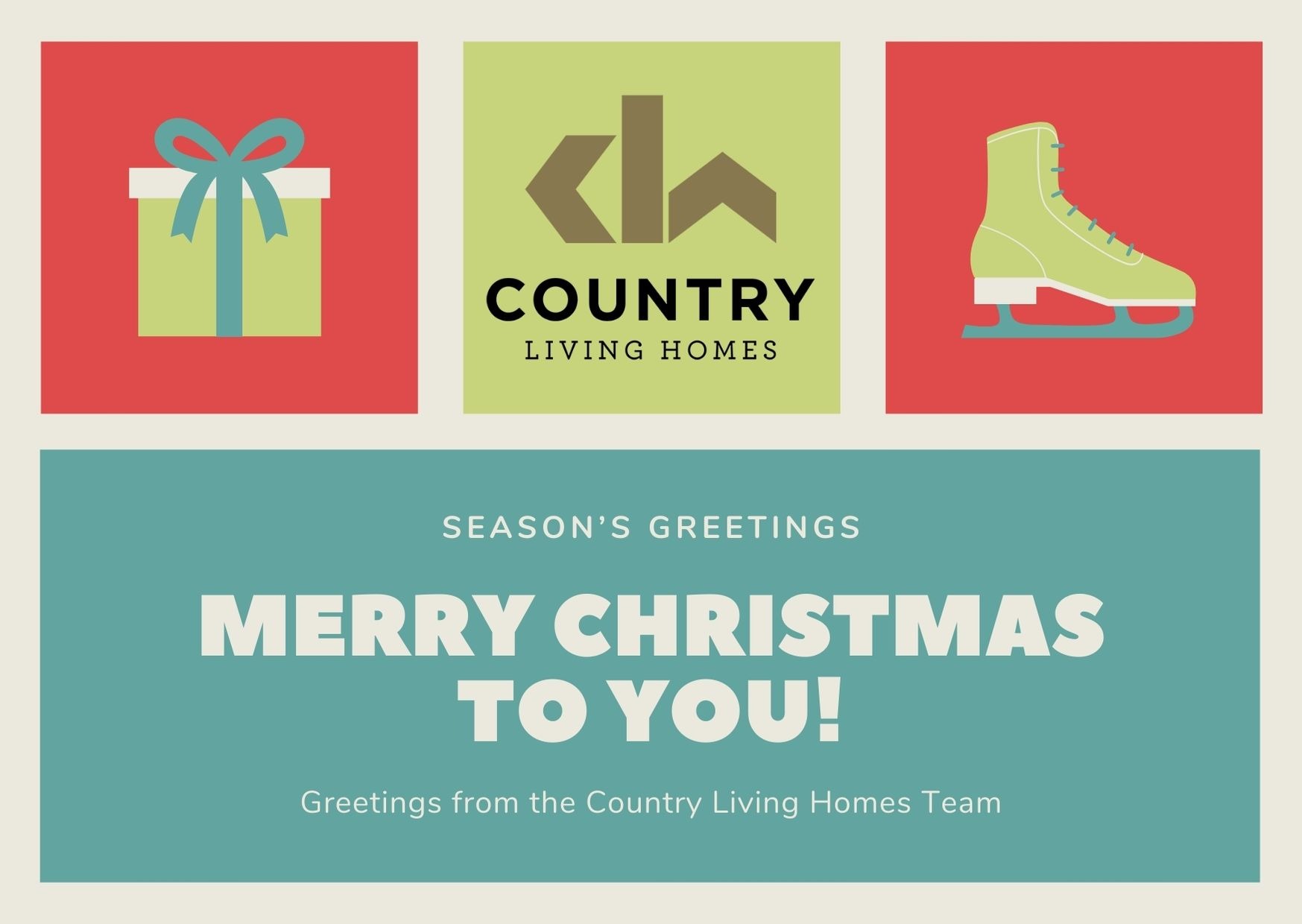 The Team at Country Living Homes would like to wish everyone a Merry Christmas and a Happy New Year.

We would like to advise that our Christmas hours will be adjusted over the Christmas period and are as follows:

The office will reopen with normal hours 4th January: 9am to 5pm.